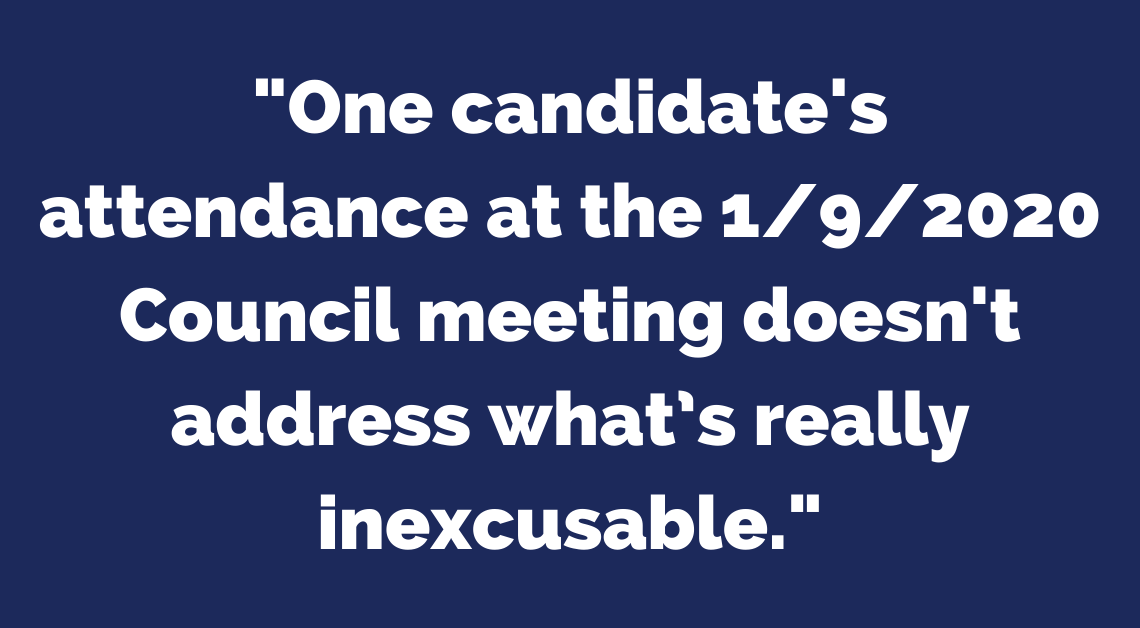 By Russ Graham and Vincent Kearney

One candidate’s attendance at the 1/9/2020 Council meeting doesn’t address what’s really inexcusable.  Neither of the candidates attended any meeting since, including the meetings where important topics such as the budget or road repaving were discussed.  That being said, in the spirit of transparency, we can admit a mistake (as understandable as it may be with every month in 2020 feeling like a year has passed).  Ironically, the correction by the Republicans highlights the original point of the letter by Russ: Our opposition (with one exception) doesn’t show up!

Instead of a simple correction, we have yet another baseless attack on Mayor Todisco and the entire Council alleging Republicans aren’t allowed to speak at the meetings, in an obvious attempt to excuse their lack of attendance.  This is complete nonsense.  Every member of the public is afforded the same opportunity to speak at each meeting.  This can be confirmed by watching the live recordings posted on the Garwood LIVE Facebook page.

Speaking of the live recordings, it’s also quite ironic to see the Garwood Republican Committee use a screen capture from the Garwood LIVE volunteer service provided by Vincent Kearney to highlight the rare occasion their Republican candidate attended and spoke at a meeting.

The attendance record of Councilman Russ Graham and Vincent Kearney speaks for itself. Even as a regular citizen, Vincent has attended nearly every single Council meeting since early 2018. With your support this election, Russ and Vincent will hit the ground running on Day 1.